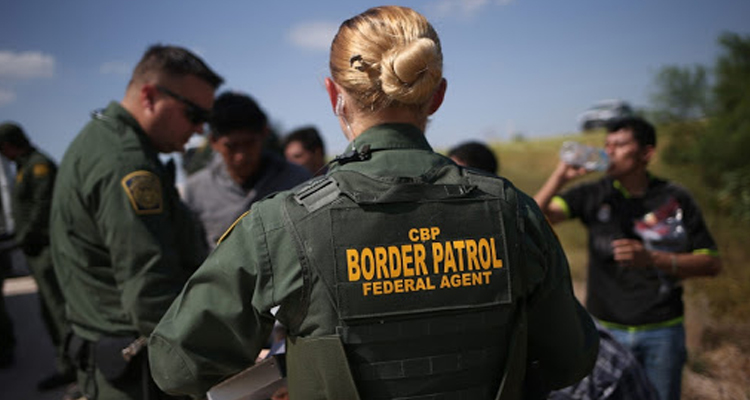 Mr Femi Aina, an immigration lawyer, speaks to OLADIMEJI RAMON on what he thinks President Joe Biden administration has in stock for immigrants in the United States

For reasons of immigration, a lot of Nigerians have been quite excited that Joe Biden ousted Donald Trump as American President. As an immigration lawyer, do you share in this excitement?

I don’t fully share in the excitement and the reason is that nations are now operating what is called managed migration. And under this scheme there is a limit to the number of people that can come into a country from other countries. Australia and Canada are operating the managed migration system and the United Kingdom is also in the process of starting the system. The opposite of that is open migration, whereby everybody is allowed to come into a country. I do not fully share the excitement of Nigerians about what is happening in America because America is not going to open its borders and say that every Tom, Dick or Harry should begin to come in. What Nigerians should expect from the new Biden/(Kamala) Harris government is that there might be a flexible immigration policy. For instance, the new President has signed an Executive Order, halting deportation, overturning the ban on people from Muslim-populated countries, which was signed by ex-President Donald Trump. That is a sign that this government will be flexible, one way or the other.

As we speak, there are about 11 million illegal immigrants in the US and the government may well come up with a scheme, whereby those who have resided in that country for a particular number of years will be allowed to stay or be granted some form of limited leave to remain. At the same time, when it comes to visa policy, what people need to know is that it is the Congress that fixes the number of people that come in at a particular point in time. So, it may well be that visa policy will be flexible under this government. But one thing that Nigerians need to know is that no government will open its borders and allow everybody to come in. The indigenous population may not be happy with that. And that is why most countries are now insisting that people who want to come in must be highly skilled.

Migration is very good and it is very important for nations to embrace migration because migration can help to erase prejudice, help to foster family relationships and nations are under a duty to foster family relationships and that is why under international law, you must allow people to come in to visit their family members, despite the fact that under the same international law, you have the right to control the entry of aliens into your territory.

From your perspective as an immigration lawyer, are there things that President Biden must change about the American visa policy?

The Biden/Harris administration will need to try as much as possible to look at the way the American visa system operates. A lot of people are being refused visa unjustly. We know some people will not get a visa in a million years because of their circumstances or characters; but what we are saying is that if you refuse people visa, it is very important you let them know the reason they are being refused visa, so they will be able to deal with that or challenge the decision. It is very important that, if you want to operate a fair or robust visa system, there must be a legal mechanism whereby those who are refused visa will be able to challenge the decision. Now, if you go to the American embassy, people are just being handed papers and it is a tick-box exercise.  The reason why people are not being given visa is not stated. That is a very unfair system. The Biden/Harris administration needs to address this situation where issuing officers simply tell applicants: ‘Sorry, we are not giving you visa’, without giving any reasons, despite that these applicants paid. There should be an appeal officer, so that people can appeal the decision when they are denied visa. That is one area I will recommend that the Biden/Harris administration should address.

With regards to opportunity to challenge visa refusal, how does America compare to other countries?

If you go to the United Kingdom High Commission and they refuse you visa, they will give you a reason for the refusal. The reason may well be right or it may be wrong, but you will be given a reason. But that is unlike the American embassy, where thousands of people are being denied visa and are given no reason. People are not being given reasons for refusal specific to their situations. It is a very unfair system. Even though in the UK, it is written that you have no right of appeal against the decision, but you can still challenge it by way of judicial review at the Upper Tribunal in London, and that tribunal can reverse the decision. But in the America embassy, that sort of mechanism is not there.

What are the common mistakes that Nigerians make when applying to travel to the US?

This is not just about America. The problem with Nigerians is that when they get a decision, for instance from the British High Commission, instead of challenging that decision, what some of them will do is to go and apply again. They apply repeatedly and then you see them having about three different refusals, instead of challenging the first one. It is very important that when you get a decision refusing you visa, the first thing you should do is to look at that decision, break it down and analyse the reasons given and if you disagree, you can challenge that decision on the basis that the officer failed to look at your documents properly. People need to understand that making multiple applications creates a suspicion that they are desperate. So, instead of making multiple applications, people should challenge the decision when they are refused visa and contact experts who can assist them.

Again, people need to be careful about asking agents to fill application forms on their behalf while the applicants themselves do not pay attention to the details. At the end of the day, it is your application, you are the one signing it and you will be held responsible. Also, there is a need for people to be transparent in filling their applications. If you are transparent, there are high chances that you will get a visa as opposed to when you hide information. Take for instance, if you apply to the Canadian embassy that you want to travel, they will ask you: ‘Have you applied to any other country before?’ And assuming you have applied to the American embassy and they have refused you, but you lie, the Canadian embassy will know because these embassies share information. So, there is no point hiding something you know they will find out. Whereas they will give you credit for telling the truth and that is something that a lot of Nigerians don’t know.

Are there things the Nigerian government must do to make it easier for Nigerians seeking to travel to the US?

Visa application is about individuals. However, there are things that the Nigerian government should do, which I am very concerned about. Take for instance, if you apply to the British High Commission to travel to England for the first time, you will be given a six-month visa. However, if a Chinese citizen applies from China, he is going to get a one-year visa. That is not good enough. And the only rationale behind that is just because they know there is pressure on people from certain countries to migrate to the UK, unlike people from other places who come into the UK with economic benefits. What the Nigerian government needs to tackle is this issue of the Nigerian passport. First, let us start with the issue of birth certificate. You need to have a central and robust birth registration system. Secondly, the Nigerian government should ensure that the Nigerian passport is not readily available to every Tom, Dick or Harry. As it is, anybody can go to the passport office in FESTAC, if they know their way, somebody may issue them a passport. That is not supposed to be. You cannot get a British passport that way; you cannot get an American passport that way. So, we must address that, so that other nations can respect our passport. We need to try and make sure that the integrity of our passport is very solid.

You noted that there are about 11 million illegal immigrants currently in the US. What fate do you foresee for them under the Biden administration?

The new President has signed an Executive Order halting deportation of certain people and what the new President is simply saying is that there should be a review of those decisions. Those who have been convicted of serious crimes may not stand a chance. But those who have family and ties in America due to the length of time they have resided there, what the new President is saying is that, “Yes, we know there is a deportation order, but let us look at individual circumstances”. No doubt, some people are going to be deported. But what the new government is saying is that those illegal immigrants who have contributed one way or the other to the economic well-being of America may be given some sort of limited residence. For instance, if I have lived in America for 14 years and I have been working and contributing meaningfully to the economy, and I have tried to improve on myself, why then do you want to deport me? For these kinds of people, the new government must create a favourable mechanism to accommodate them.

Do you expect a boom in your practice from the change of government in America?

Ideally, it is not about a boom; it is about getting justice for the oppressed and the deprived. It is also not how many (cases), but how good. There are some people who have been unjustly refused visa and this is not about America alone. I assisted a Nigerian citizen, who was refused a visa. She lodged an appeal from Nigeria, on her own and she won the appeal but because she was not invited to get her visa, what she did was to make another visa application and she was again refused despite enclosing a copy of the court decision. Three times, she was refused until somebody introduced her to me and I had to write to them, demanding that she be issued a visa and all the fees she paid for the three subsequent applications refunded. They called her and I think they gave her about N300,000 and they issued her a visa. This is the point, it is not about the boom, it is about getting justice for the oppressed and what I will advise people to do is to seek proper legal advice when they are refused a visa.